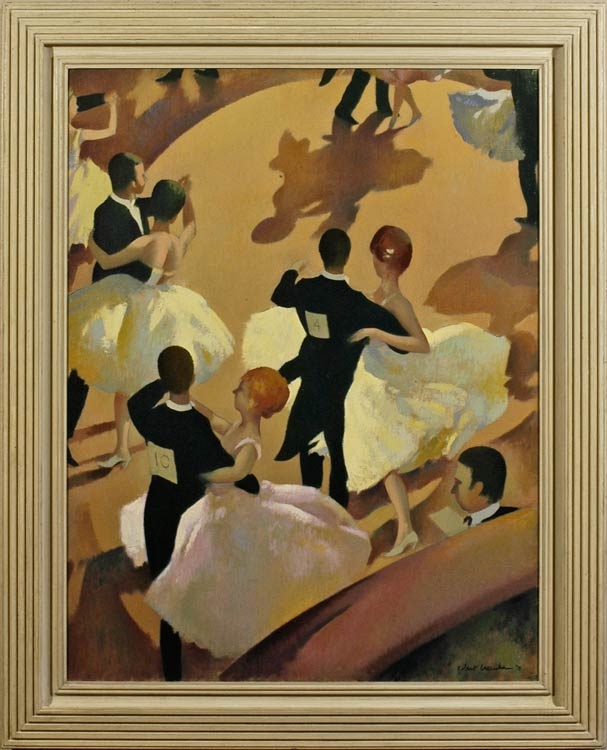 The earliest art dealers were the agents of princes, popes, monarchs and aristocrats; sometimes artists, sometimes officials, sometimes diplomats, they sought out the work of the most coveted artists for their clients, or tried to lure those artists to the client court. A recognisable art trade – an embryonic form of the international market we would understand today – seems to have begun in the 15th century, with an edict forbidding paintings, etc., to be traded out of the Papal States, and with the beginning, at around the same time, of a diffusion of artists from their native towns and countries in search of employment elsewhere. Works of art began to be sold across national boundaries, and middlemen were employed to service this trade; these nascent dealers had often begun themselves as artists.

One of the first recognized art dealers in the Netherlands was formally registered in 1615, after which they quickly proliferated. We find figures such as Matthijs Musson acquiring works from Ruben’s studio outside the posthumous 1642 auction of his paintings, and David de’ Cervi buying works of art for the Dukes of Mantua. Commercial premises of the late 17th and early 18th century are epitomized by the figure of Edmé-François Gersaint, a marchand-mercier or dealer in luxury wares, whose tiny shop was sited in one of the mediaeval buildings lining the Pont Nôtre-Dame in Paris. His shop is best known by the painting made of it by Watteau, L’enseigne de Gersaint, c.1720, Charlottenburg, Berlin, which greatly inflated the size and grandeur of the little booth. The picture was putatively a sign (originally arched) to set into the arched entrance of the shop; however, it spent no longer than two weeks in the shop itself before being sold. Gersaint insisted on his own status as a gentleman rather than a tradesman, who partook of the connoisseurship of his aristocratic patrons, and whose shop was an externalization of the collector’s cabinet. In addition to being a fine art dealer, he was also a great self-publicist, able to harness the power of early newspaper advertisements, and instituter of his own auction house, on the model of those opened in the Netherlands and London.

Such auctions – of art, as distinct from other wares – seem to have begun during the 17th century, but were probably conducted as individual events, by the agents of the collections involved; for example, the posthumous sale of works from Rubens’s studio in 1642. Named auction houses do not appear to have been established until the 18th century, when Christopher Cock and Abraham Langford, James Christie, Samuel Baker and George Leigh, and John Sotheby, variously set up their houses. Christie’s and Sotheby’s, of course, flourish to this day, and seem to have managed to retain something of the gentlemanly status which Gersaint demanded for himself – and as art dealers generally have also demanded.

One of the most celebrated and powerful British art dealers of the early 20th century was Joseph Duveen, later first Baron Duveen, who transformed his father’s import business to a dealership, at first in antiques and then as a fine art dealer, and moved it from Hull to London. He attained his position partly through the employment of the connoisseur Bernard Berenson as an advisor, and partly through his shrewdness in targeting as clients newly enriched American industrialists and entrepreneurs: the Rockefellers, Hearsts, Morgans, Mellons and Huntingtons. He also realized the power of reframing as a tool, understanding that the millionaires who had built replicas of French châteaux in Rhode Island and Detroit needed the Gainsboroughs and Romneys they purchased from impoverished English estates to be framed in a style which would easily fit into their new neo-Louis homes.

Another long-lived and notable London art dealer, which finally closed in spring 2013, is the firm of Agnew’s; it began in Manchester as Vittore Zanetti & Company, picture dealers, some time before 1801. From 1803 it dealt in prints and looking-glasses, and from 1817 – when Thomas Agnew went into partnership with Zanetti – carving, gilding, picture framemaking, and trading in coins and ‘curiosities’, became its main interests. Agnew took over in 1837, beginning to deal in pictures again, but retaining the carving and framing aspects as the main elements of the business into the 1850s. The first London branch was opened in 1860, and other branches – in Liverpool, Paris and Berlin – followed. During the late 19th and the 20th century, the fine art dealer, Agnew’s, dealt primarily in Old Masters and in British art.